ACL CHANGES-AND WE ARE NOT TALKING ABOUT YOUR KNEE!

In June last year changes were made to the Competition and Consumer Regulations (2010) which come into effect on 9 June 2019.

Since 2011 the regulations have required businesses to supply warranties against defects for the supply of goods, but mandatory wording is now being extended to relate to both goods and services, or a combination of the two.

The not so Ho, Ho, Ho side of Christmas

Most of us enjoy a bit of tipple over the Christmas season, but for some reason that strange animal known as the “Work Christmas Party” can bring out the worst in some people, possibly because when you mix the evils of drink with workplace politics or rivalries, it can be an unhealthy mix.

(Much) Bigger Penalties to Keep the Shysters Honest

Federal Parliament has just passed legislation to significantly increase the penalties for breaches of the Australian Consumer Law (ACL) and about time too.

Most people have a reasonable idea of the concept of a trade mark or patent, but copyright can be really confusing. Simply put, copyright is a bundle of exclusive rights that an owner can exercise in relation to defined categories of “copyright works”, the most common of which are “artistic works” such as photographs or graphic designs, or “literary works” such as magazine articles or books.

Various industries have been in the spotlight in the last couple of years for underpaying workers and it’s easy to blame the employers, but in general are small business employers intentionally flouting the law?

Franchising Reforms on the Horizon?

In Australia we have one of the most advanced franchising systems in the world, but the franchising industry has been criticised recently, because of numerous complaints by franchisees regarding several high-profile businesses where the viability and structure of their business models were questioned.

A "Painful" Case of Misleading or Deceptive Conduct

Section 18 (1) of the Australian Consumer Law (which is part of the federal Competition and Consumer Act) simply states that:

“A person must not, in trade or commerce, engage in conduct that is misleading or deceptive or is likely to mislead or deceive”. 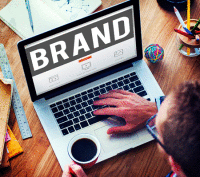 IP Australia has reduced its official fees for trade mark applications with effect from 10 October 2016.

Previously the fees were $200 per class of goods or services in which the trade mark was registered, plus an additional $300 per class for the final registration fee-a total of $500 per class. 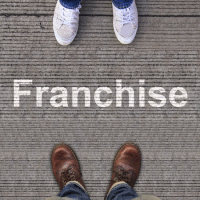 As I mentioned in my article of 13 September 2016 (“New Law about Unfair Contract Terms”), the new legislation relating to unfair contract terms in small business standard form contracts was due to come into effect on 12 November 2016 and relates only to contracts entered into, renewed or varied after that date.